We are vulnerable because it’s very hard online to know where anything is coming from, and to know whether you are seeing good, evidence-based materials. 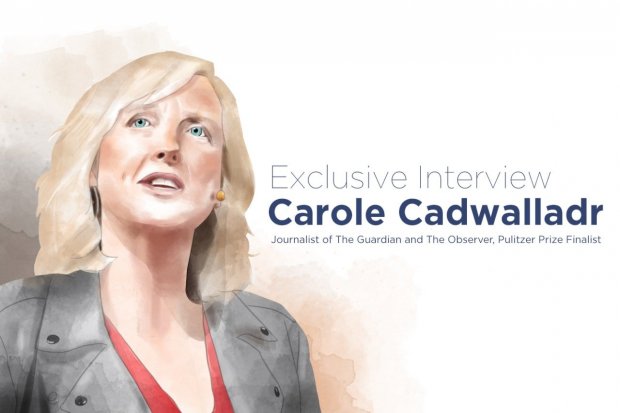 Data privacy is a big issue in the internet world. People are more and more connected through their social media but unaware that these platforms collect their data. Cambridge Analytica scandal and how they misused millions Facebook user data is an example of this. Katadata had the opportunity to interview Carole Cadwalladr, journalist of The Guardian and The Observer and a Pulitzer Prize finalist for her investigative work on Cambridge Analytica scandal. And here's what she said to us.

You have been working on this issue about Cambridge Analytica and the impact of its operation in some parts of the world for almost four years. As a result of your reports, Cambridge Analytica is now out of work. Facebook was fined US$ 5 billion by FTC and US$ 100 million by SEC. How are things going on so far?

It has been such a long time now that I have been working on this story. It is amazing now that it happens. When I started, very few people had heard about Cambridge Analytica. Some people even thought that I was writing a mad conspiracy theory. Now that it became a big scandal. Lots of people know about Cambridge Analytica. They know about how it exploits Facebook data. It is really good news. Lots of people now are aware of the problems around data.

On the other hand, Facebook got a US$ 5 billion fine, the biggest fine ever in US history, but it has no impact because Facebook is so rich. The company has so much money that its share price went up on the day the fine was announced, so we know that these penalties did not work. The issue is still there, and Facebook is still being used to disrupt our politics and spread lies. It makes the political process all across the world into a sort of opaque and controllable process, and the company which is controlling it has too much power.

So, is it still in the same situation?

More people knew about the problems, but at the same time, we have not managed to do anything about them. So, we are in a difficult situation.

When you first investigating Cambridge Analytica, and I knew this from the documentary movie on Netflix, The Great Hack, you’ve been bullied. How did you deal with it? Is there a time when you decided to stop using social media?

Yeah, at some points I did stop using social media . It’s because the whole thing we now know about social media, about facebook and about twitter, it is a bit about warzone. It’s where a propaganda battles are happening. And if you are a reporter writing about these issues in that space, you become the focus of these attacks, and it’s personally quite difficult.

But at the same time, I do take heart from it because it means when people are attacking you personally it’s because they can’t attack your journalism. So, on the other hand, I sort of… even though it becomes more difficult for me, personally, it does mean in a way than I am winning, I think.

So that’s why you don’t stop?

Yeah, I haven’t been able to stop because this issue is do urgent and it affects so many countries and it really is about the future about democracy. I have thought that I have the need to keep on going.

Our two last presidential elections (in 2014 and 2019) had the same similar condition with the US Presidential Election in 2016 and Brexit Referendum. Was it happened because of the operation of a company like Cambridge Analytica or merely just the battle of the buzzers?

And then through Facebook's tool through ad technology you can spread this really effectively to people and we're really have no insight into who they are going into, who is being targeted and based on what data. It's also horrifying that Facebook is open and inside there's also a close group and it's being used to spread lies, to spread fake news and we don't know what's going on. This is a profound situation that this is getting worse not better.

He spent a lot of money to Facebook and even if Facebook used to say, "We're not gonna let people spread lies in our platform" but they allowed politician to do this. So this is a very damaging lies. They have a huge responsibilities and Mark Zuckerberg has his personal responsibility for what Facebook done and what happen in the world right now.

No. Facebook has a very controlled PR operation. They speak to favorite journalists, to special PR, and because we at The Guardian and The Observer, we published the Cambridge Analytica scandal, we're totally outside of their PR service. And actually we're proud of it. More journalist or media should be outside looking particularly at them. For years journalists are invited inside and they didn't report critique for what they did.

Fact Based Journalism is not Enough

We, at Katadata, believe that everything has to be based on data. Our company believe "kalau bicara pakai data" which in English words would be "speak with data". What do you think about it?

It is so inspiring about what you are doing. We have to stick to facts and evidence-based reporting, as you say, using the data to tell the story. It is really important, but it is not enough in the world right now. I have seen it all the way through reporting my story that facts are not enough anymore.

There is decreasing accountability because politicians do not need it. It used to be that you can publish a story and they say "look at this terrible thing the government has done" and you would have some accountability. Ministers would be embarrassed, and they might even be resigned. Whereas now in the new landscape of social media, there is increasingly no shame. You see Donald Trump doing this, and he just like "so what."

We also know that fact-based journalism has real difficulty competing with non-fact-based journalism, opinion, and partisan content because they look the same on the internet. It is a huge problem for journalists and citizens everywhere. One of the things that have to be addressed is that our model for paying for journalism was very disrupted by the internet. Thinking about new ways of paying for journalism and quality content is a really important part of it. Thank you for the work that Katadata does. It is very encouraging.

You said in your TED talk and The Great Hack that the liberal democracy is broken. Do you think the democratic country still can have a free and fair election ever again?

No, I mean right now it is very difficult and I don’t think important. It’s just, you know that this just.. we now know that pretty much all elections all across the world, they are happening online. Facebook is the medium by which all of our election going forward and it’s not a level playing field because you can’t, you have one side which say something factual and correct and wont lie, and then you have another politician who will just lie and spread hate contents and we know the lies do better.

And so this is where we need Facebook to step up and to take responsibility to feel shamed about what it is actually doing in the world and to take action. And it’s also very much up on the governments across the world to regulate Facebook. This is very important. And that only gonna happen if you and me and our friends and our family, we care about this issue. So actually talking and writing and reporting on this and understanding that this is one of the biggest existential crisis that we face in the world right now is really important step in trying to remedy a very very dangerous situation. 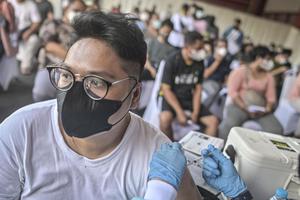 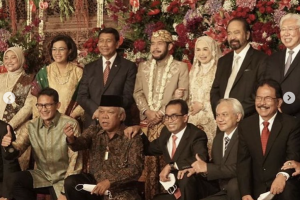 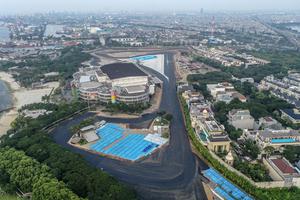 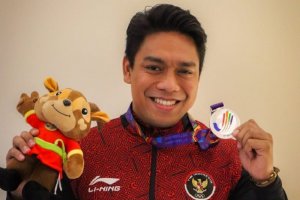